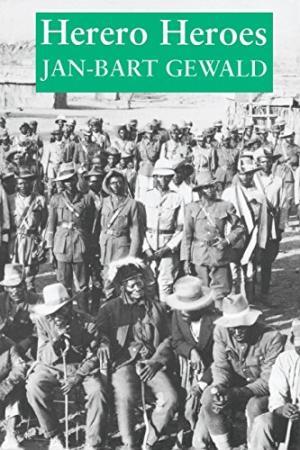 A REFLECTION OF GENOCIDE IN AFRICA:

Genocide against the Herero and Nama community of Southwest Africa, in present day Namibia was the first genocide of the 20th century and can best be described as the precursor of the Holocaust. This genocide was not known to the public until Namibia got its independence in 1990.

Southwest Africa became a German colony in 1885, and Germany appropriated land belonging to the Herero, who were mainly a pastoralist community. In January 1904, the Herero revolted against German dominion over their land and by June 1904, the German government sent a heavily armed German military to quell the rebellion.

The German military easily overpowered the Herero and drove them into the Namib Desert to die. While pinned down in the desert, the German army confiscated all the livestock belonging to the Herero, which was their main mode of livelihood. They also poisoned the few watering wells, which led to thousands of Herero starving to death or dying of thirst.

In January 1905, the few Herero who survived were rounded up and sent to concentration camps.  A total of five concentration camps (Konzetrationslagern) had been established, with the most notorious camp being at Shark Island. The Herero in the camps were used as slave labor to build railway lines and roads, women were raped, and the children were tortured. Working conditions were made so difficult that many died due to “exhaustion” according to German records. More than half the population who had survived the desert later died working as forced labor.  In April 1905, the German military attacked the Nama community and committed similar atrocities.

In the late 1800’s and the early part of the 20th century, the notion of Germans being a superior race was growing. German scientists wanted to study the Herero and Nama to prove that Africans were an inferior race.  The German military decapitated heads of Herero and Nama people and forced Herero women to boil the heads and then scrape off the flesh. Those skulls were taken to German museums for display and were placed in medical laboratories for anthropometric studies.

More than three quarters of the entire Herero population and half the entire population of the Nama were exterminated by the Germans between 1904 and 1908. It is now evident that genocide against these two African communities was a training exercise for what the Nazis did during the Holocaust.

Bridgman, Jon. The Revolt of the Hereros. Berkeley: University of California Press, 1981. Print. 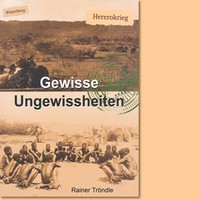