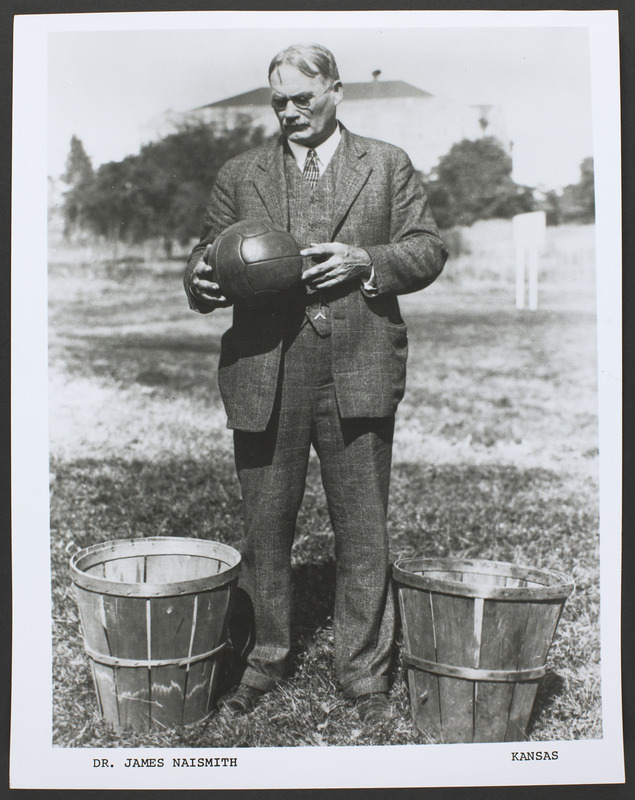 On behalf of Theresa Rowat, Director and University Archivist of the McGill University Archives, Montreal, Canada and Jeffrey Monseau, College Archivist at Springfield College, Springfield, Massachusetts, I welcome you to James Naismith’s Life and Legacy: Celebrating 150 Years.   This exhibition commemorates the birth of James Naismith in Almonte, Ontario on November 6, 1861.

The digital items on display here from three different educational institutions represent the life and legacy of a man who was distinguished in a wide variety of fields.  He graduated from McGill with honors, was awarded a doctorate in divinity from Presbyterian College in Montreal, a degree in physical education from the International YMCA Training School (now Springfield College) and a doctorate in medicine from Gross Medical College in Denver.  Naismith was considered a great outdoorsman and excelled in many sports including lacrosse, rugby, swimming, gymnastics, track and fencing.  He had invented the game of basketball in 1891 while at the YMCA Training School and later oversaw the early development of the game while coaching the first KU basketball teams.  At KU he also served as Chaplain Director and Associate Professor of Physical Culture.  He championed women’s sports at KU as Manager of Athletics leading the campaign to improve gymnasium space.

He was a teacher, researcher and writer, diligently capturing documentation about the physical attributes of students at the University of Kansas and writing about his views on the importance of sports and exercise on the health and well-being of young people.  He volunteered for two wars leading the campaign against vice and bringing his message of clean living to American troops on the Mexican border and in France.

The capstone of Naismith’s long career came during the controversial 1936 Olympic Games in Berlin.  A national fund drive called the “Naismith Penny Campaign” initiated and led by Forrest “Phog” Allen, gathered enough pennies, nickels and dimes to pay for Dr. Naismith’s trip to Berlin.  As a tribute by the Olympic Committee Naismith addressed the official gathering of the twenty-one basketball teams present for the competition and tossed up the ball at the first game between Estonia and France.  Basketball had truly become an international game and Naismith was acclaimed as its creator.

We hope that the materials gathered for this exhibition help to illustrate the many accomplishments of Dr. Naismith above and beyond his influence as the inventor of basketball.