Origin of the Term

What is a Jayhawk?

The origin of the term "Jayhawk" is tied to the tumultuous period of Kansas' territorial years, known as "Bleeding Kansas."

The U.S. congress passed the Kansas-Nebraska Act in 1854, opening up the territory to Euro-American settlement, and providing for self determination as to whether the territory would join the Union as a free or slave state.  The resultant political turmoil caused serious conflict in Kansas, played out on a national stage.  Much border conflict between Kansas Territory and Missouri arose between free-state and pro-slavery proponents, with heated debate, raids, and violence.

Though not clear in its origin, the term “jayhawker” came to be applied to those followers of James Lane, and others dedicated to the free-state movement.  Lane, a powerful, and controversial territorial figure, incited both intense support and opposition.  Calling someone a “jayhawker” carried both a positive and negative connotation, and was associated, at least initially, with the aggressive guerilla warfare carried on against pro-slavery forces. 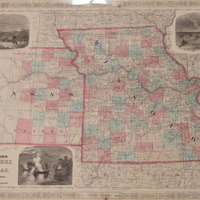 Map depicting Kansas Territory and the state of Missouri. 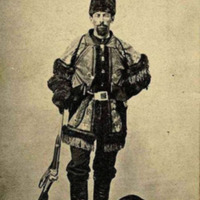 Charles Jennison, a strong supporter of abolitionists John Brown and James Montgomery, came to Kansas in 1857.  In 1861 he was commissioned as a lieutenant colonel of the 7th Kansas Cavalry Regiment, which became known as "Jennison's Jayhawkers. 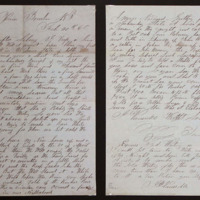 Letter by John Henry Vansickle, a Bourbon County farmer and dry goods store owner, describing the political climate in Territorial Kansas. The letter includes a reference to a "Jayhawker" on the top of the second page. 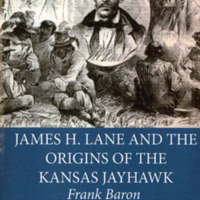 James Lane and the Origins of the Kansas Jayhawk

Recent publication by Professor Frank Baron, University of Kansas, detailing the role of James Lane in the establishment of the term "Jayhawk," and its connection to Kansas'' territorial history. 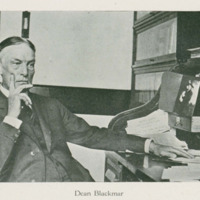 A brief history of the Graduate School, by Dean F. W. Blackmar, that appeared in the 1916 Jayhawker Yearbook, with a photograph of Blackmar at his desk. 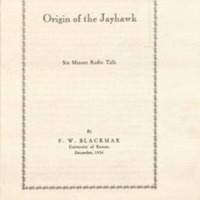 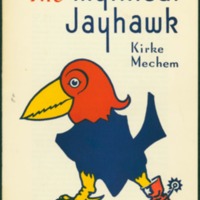 The Mythical Jayhawk by Kirke Mechem, 1944.

Tongue-in-check history of the Jayhawk exploring many of the Jayhawk legends. This book prompted H. L. Mencken to include information about the Jayhawk in his book, The American language:  an Inquiry into the Development of English in the United States. 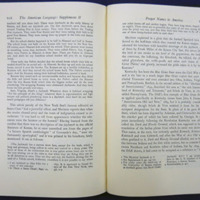 The American language : an inquiry into the development of English in the United States, Supplement II by H. L. Mencken, 1962 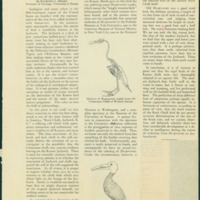