Uses of the Collection 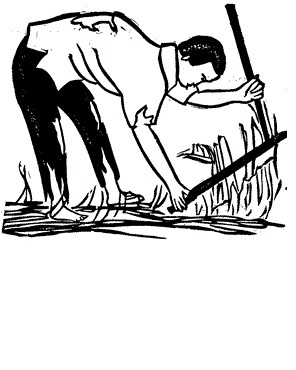 The general public is invited to consult KU’s digital collection of Onitsha materials, and it is hoped that scholars will find materials to enhance their teaching and research. The recurring subject of love and marriage in the market literature enlivens course activities that deal with these themes and related popular culture issues. Historians, literary critics, anthropologists, sociologists, geographers, political scientists and psychologists--among others--will find benefits from the digital collection.

The pamphlets reflect the social ferment surrounding life in Onitsha, an historical site of commerce and proselytizing on the banks of the Niger River that had "always attracted the exceptional, the colorful and the bizarre," according to Chinua Achebe.[1] Onitsha also has a reputation, according to a October 2002 article in the New York Times, "as one of Nigeria’s most violent cities, where criminals and traders fight each other for supremacy on the streets."[2] This violence was portrayed in the pulp fiction emanating from the Onitsha market. Today, Onitsha is the center of a prolific film industry that produces low-budget potboilers for African audiences based on the market pamphlets of the previous generation.[3] Thus, audiences in women’s studies, urban studies, theatre and film, religious studies, and business schools would undoubtedly find material in the collection to be of interest.