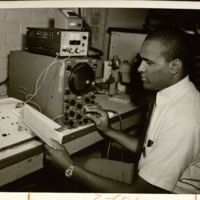 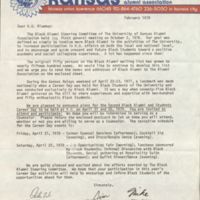 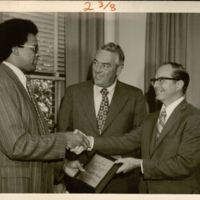 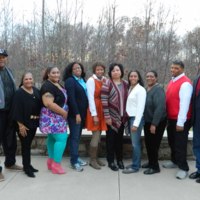 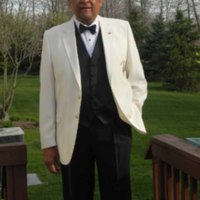 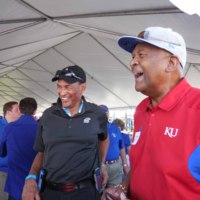 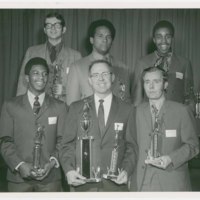 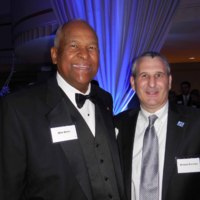 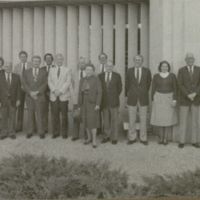 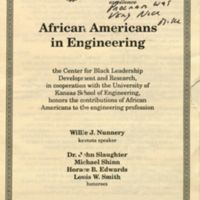 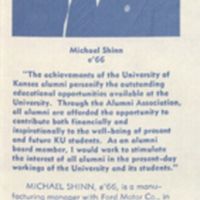 Michael G. Shinn's statement as candidate for Board of Directors of the KU Alumni Association. 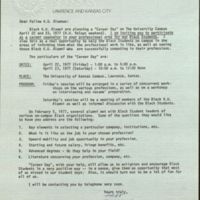 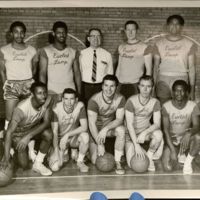 Michael G. Shinn continued his dedication to community enrichment and diversity in his profession.  In 1969, the Shinns moved to Cleveland, Ohio where Michael pursued his Masters of Business Administration at Case Western University while he worked for General Electric (G.E.) as a unit supervisor and then as a manufacturing supervisor.  By 1972, he received his degree and the Dean’s Award for completion of his program with a 4.0 G.P.A.  While at Case Western, he wrote The Black Market: A Study of the Factors Contributing to the Economic Growth of Black America, in which he argued the importance of the African American market to the overall economy of the United States.

Michael G. Shinn continued to work for G.E. after his graduation and rose to become the manager for shop operations in his department, while there he applied for and received a U.S. patent for Ultraviolet Adhesive Lamp Basing in 1976.  Shinn was a board member of the Consumer Protection Board, American Institute of Aeronautics and Astronautics, and Vice-President of the Cleveland, Ohio alumni chapter of Kappa Alpha Psi fraternity.  In addition, he was Chair of the United Professional Graduate Engineers Association (UPGEA) for several years beginning in 1974, this organization worked with high schools, black communities, and businesses on a consultation basis that involved tutoring and teaching.  The UPGEA also worked to promote interest in engineering at historically Black colleges and universities (HBCUs) around the country.  Shinn also became a member of the Beta Gamma Tau honorary scholastic society for business and sat as a member on the G.E. Lamp Division Minority Panel.

Between 1976 and 1979, Shinn worked for the Ford Motor Company, first as a shift production manager and then as an area production manager.  He returned to work for G.E. as a regional recruiting manager from 1979 until his retirement in 2010.  While there, Shinn was a founding member of the KU Black Alumni Association and served as co-chair.  He was instrumental in the organization of Career Day held at KU in 1977.  He was also nominated and elected to serve as the Director of the KU Alumni Association’s National Board from 1978 to 1983.  During his career, Shinn worked as an engineer, manager, and corporate staff consultant, and continued to labor for the inclusion of African Americans in the engineering field.

Michael and Joyce Shinn founded the Mike Shinn Scholars program for minorities that studied at the University of Kansas as a means to further promote the inclusion of minorities that pursued engineering degrees and careers.  Shinn’s dedication to education and diversity was honored by KU when he received the Fred Ellsworth Medallion in 2004.  He received the medallion for his undergraduate accomplishments and involvement at the university, as well as his constant dedication to diversity and involvement at KU.  Shinn was furthered honored with the Distinguished Engineering Service Award in 2008 because of his passion for expanding opportunities in that field.  Following his 2010 retirement, he went on to establish Mike Shinn Financial Services and produce a nationally syndicated personal finance planning column titled Your Money Really Matters.  He remained active in his community through his chairmanship of the Diversity, Equity, and Inclusion Committee as a member of the organization Philanthropy Ohio that aimed to help disadvantaged people improve their lives through an emphasis on meaningful employment.  Shinn also served as a member of the American Society of Engineering Educators, which worked to improve excellence in the field of engineering through a combination of public service and research—just as Mr. Shinn had suggested in his writing while at the University of Kansas.

Throughout his life, Shinn remained faithful and actively involved in the church.  In Ohio, the Shinn family were members of the Mt. Zion Congregational Church where Michael Shinn served as the chair of the Christian Business League, director of the Jobs Partnership Program, chair of the Trustee Board, and co-chair of the Capital Campaign.  He remained dedicated to the family, education, and religion that were hallmarks of his early life in Topeka, Kansas.  His dedication to family, persistence in the expansion of opportunities in his field, and commitment to his religious faith continue to be inspirational to the lives he touched, both directly and for those who never knew him personally.