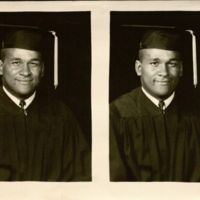 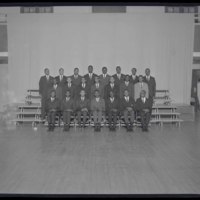 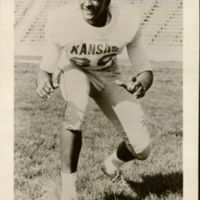 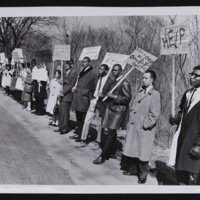 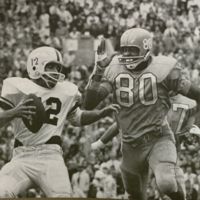 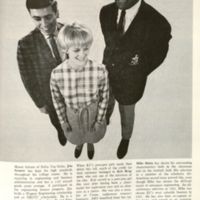 Michael G. Shinn recognized for his achievements during his senior year at KU, JAYHAWKER, 1966. 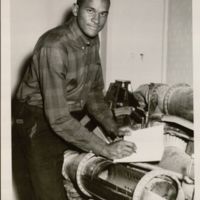 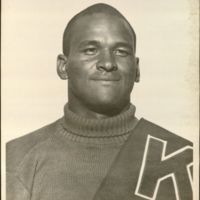 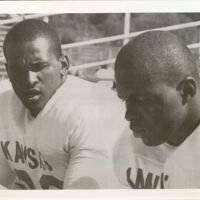 Michael G. Shinn entered KU as a freshman in 1962 on a full athletic scholarship.  He played defensive end for the Jayhawks’ football squad as #80, for this he received several honors; he was named all-Big Eight in 1962, academic all-American in 1963, and most valuable lineman in addition to co-captain for the 1965 season.  Later in ’65, Shinn acted as an assistant coach for the Jayhawks and briefly had plans of going on to play professional football.  His outstanding achievements were not confined to the football field, however, as he remained active academically and socially as well.

Throughout his student years at KU, Shinn was a member of the Mu chapter of Alpha Kappa Psi, a fraternity that was founded in 1912 to promote “brotherhood and achievement” and focused on the scholastic and social accomplishments of its members.  While a member, he was elected Secretary-Treasurer twice, served as Dean of Pledges, and was Vice President of the fraternity twice.  He was also a member of  KU’s  Black Student Union and Civil Rights Coordinating Committee (CRCC).  Alongside his football teammates Gayle Sayers and Willie Ray Smith, he participated in the student protests against racial discrimination in campus housing during the 1960s.

During his senior year in 1966, Shinn wrote “Image of the Engineer,” an article which appeared in the May issue of KS Engineer, a campus publication.  In his article, he argued that engineers needed to become active participants in the public sphere, and illustrated the tangible contributions of those who work in the field and stressed they become actively involved in community life.  Shinn was recognized as an honor student in the engineering department and received the Dean’s Award in 1966 before he earned a B.S. degree in Aerospace Engineering from KU.