In a meeting that included Frank Strong, University Chancellor, and Dr. Samuel J. Crumbine, Secretary of the Kansas State Board of Health and Dean of the KU School of Medicine, it was determined that the best course of action to slow the spread of the virus would be to initiate a campus-wide quarantine and immediately stop all campus activities until at least October 15th. At the time, 92 cases of the flu had been verified among a student population of 3,000. Students were advised, as a "patriotic measure," to stay away from crowds and to report any symptoms at once to the University hospital. Military police were stationed outside of the theaters to ensure that members of the S.A.T.C. did not enter. On Tuesday afternoon, October 8, the student newspaper announced the closing of campus and the guidelines of the quarantine. By the time the epidemic subsided and the University re-opened five weeks later, on November 11th, it was estimated that there had been as many as 1,000 cases of flu on campus. As many as 750 had been ill all at once, and at least thirty two died on campus. 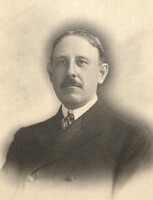 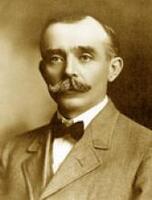 Front page of the University Daily Kansan, Tuesday afternoon, October 8, 1918, announcing the first closure of the University due to the influenza epidemic. It also announced a campus-wide quarantine, forbidding students from leaving campus in an attempt to contain the virus. The University continued to periodically extend the closure and remained under quarantine for five weeks, finally re-opening on November 11. On that same day, the Armistace ending World War I was the main headline of all newspapers.