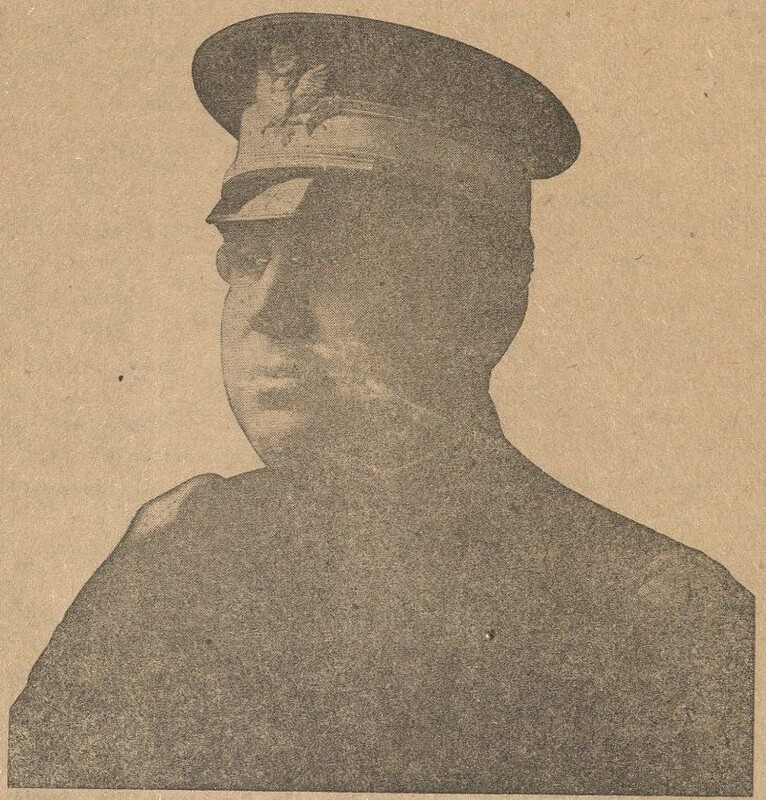 Bruno Teodor Schér was born in Stockholm, Sweden, in July 1874. In May of 1892, at the age of eighteen, he immigrated to the United States, arriving in New York Harbor on the ship called "The Island." He had one bag of belongings with him. A year later, in 1893, he joined the United States Army. During the course of his military career he worked his way from Private to Captain. Schér was assigned to the Phillippines, Alaska, Cuba, the Texas-Mexico border, and France. His service included the Spanish-American War and World War I. Schér returned from France in April of 1918, and retired because of disabilities he acquired while overseas. He had served in the Army for twenty-five years. Upon his retirement, he was assigned to be the commander of the R.O.T.C. program at the University of Kansas, later changed to the Student Army Training Corps. After his service with the S.A.T.C., he returned to his home in Boston, Massachusetts, and died there on June 16, 1949.

On Monday, September 16, 1918, the UNIVERSITY DAILY KANSAN announced the appointment of Captain Schér as commander of the Student Army Training Corps at the University of Kansas.

← How It Worked
Campus Closes →