"Foul Murders and Other Barbarities" or the "Actions of [a] Hero"

By the mid-1500s, works chronicling Cortés’s conquest were being written by authors without firsthand, eyewitness knowledge of the event. Along with the works of Bernal Díaz del Castillo, Bernardino de Sahagún, and Cortés himself, these new accounts and testimonies were reprinted, translated, and widely circulated. Subsequent accounts relied on, borrowed from, responded to, and sometimes aimed to correct the work of previous authors.

These writers simultaneously began a centuries-long conversation – carried out in print – about how to interpret the conquest. The idea that Cortés’s actions had been something out of the ordinary would essentially remain undisputed, but at the same time Spain’s imperial enterprise created moral and political issues. As scholar Cristián A. Roa-de-la-Carrera has written, “the impact of colonization on indigenous communities resulted in violent social changes, caused uncertainty about colonial administration in Spain, and gave rise to international condemnation.” 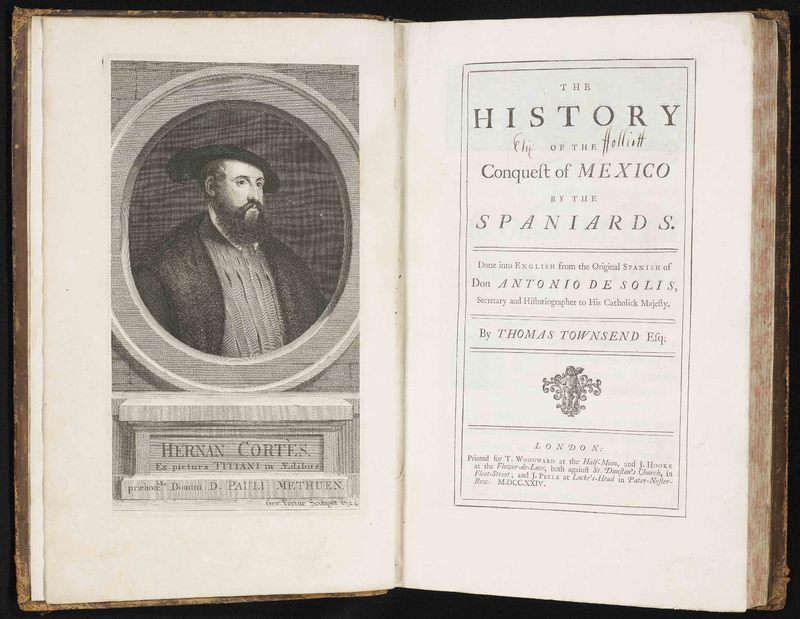 Solís’s Historia was extremely popular in Europe and, later, the United States. It remained the most important European source on Latin American history through the early 1800s. Considered one of the finest prose works of the seventeenth century, the book has also been criticized for glorifying Cortés and ignoring Spanish mistreatment of native peoples.

With England no longer at war with Spain, Townsend prefaced his translation by declaring that “the Discovery and Conquest of that new World have enriched England with no small Share of the Wealth of it; which makes it a point of Gratitude in Behalf of my Country to publish the Actions of this Hero.” 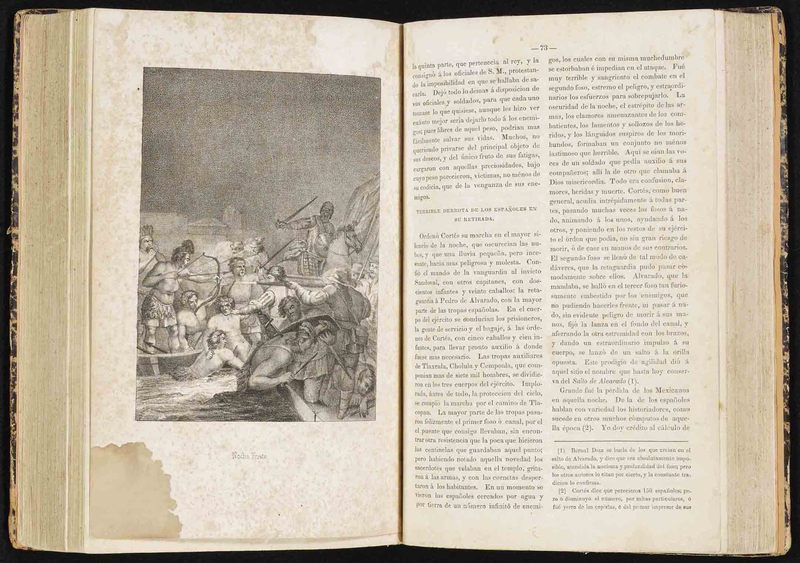 Born in Veracruz, Mexico, Jesuit Francisco Javier Clavijero (1731-1787) continued his historical studies in Italy after the Jesuits were expelled from New Spain in 1767. Discovering European ignorance about pre-Columbian Americans, Clavijero wrote Historia antigua de México. In it he outlines the history, society, and culture of the Mexica people. The work also describes Mexican geography at the time of conquest, which Clavijero calls the “destruction of the Mexican empire.”

“La Noche Triste” (The Night of Sorrows), depicted here, occurred on June 30, 1520. Cortés and his troops escaped from Tenochtitlan after being besieged by Aztec forces following the massacre of nobles and the death of Moctezuma. According to legend, Cortés wept at the loss of Tenochtitlan and, more likely, over the loss of two-thirds of his soldiers and the gold confiscated from Moctezuma. 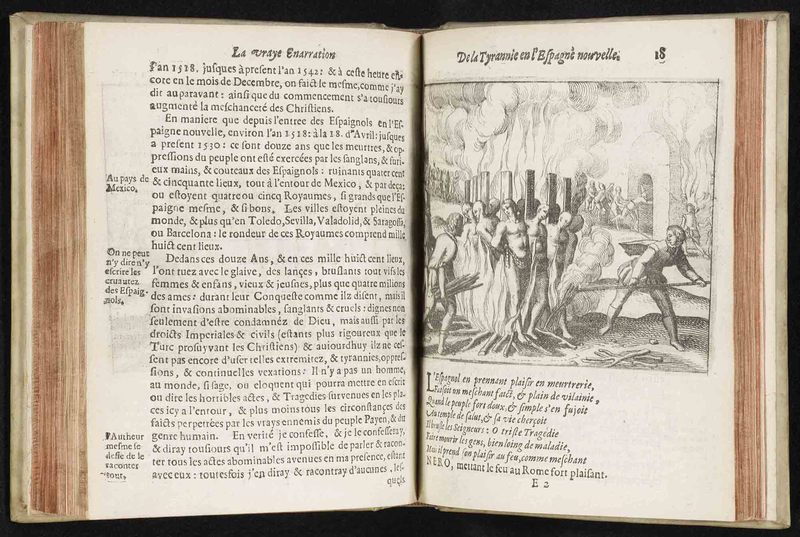 Controversial Dominican friar Bartolomé de las Casas (1484-1566) spent fifty years campaigning to end Indian slavery and the violent abuse of indigenous peoples in the Spanish colonies. The Short Account – which chronicled Spanish colonization and focused on the atrocities committed – was Las Casas’s most famous work. It became a cornerstone of the Black Legend, which demonized Spain and criticized its actions in the Americas. The Protestant English and Dutch also used the legend as a weapon in their struggle against Catholic Spain and its power.

Summarizing Cortés’s conquest in the Short Account, Las Casas wrote that “it would be impracticable to compile a complete dossier of all the atrocities, foul murders and other barbarities they committed, and any such account would be so lengthy it would prove impossible for the reader to take in.” This illustration depicts a scene from the Cholula massacre, which Las Casas retells in detail. Bernal Díaz del Castillo, one of Cortés’s foot soldiers, vehemently rebutted the Short Account in his work. 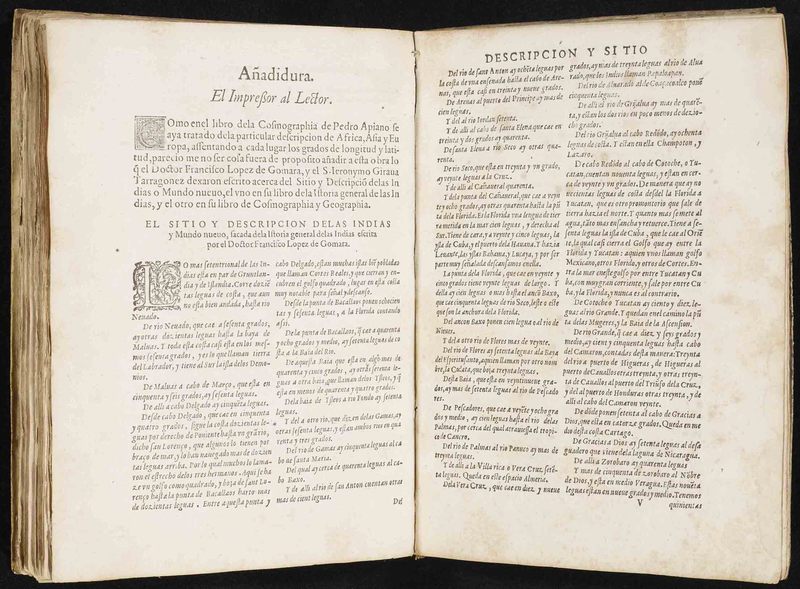 Francisco López de Gómara (1511-circa 1559) served as Cortés’s personal chaplain from 1540 to 1546. He was able to interview Cortés and other conquistadors, and he also had access to a wealth of records about the conquest. Gómara compiled this information into the Historia general, an account and emphatic defense of Spanish imperial expansion in the Americas. It also focused on and idealized the efforts of Hernán Cortés.

The Historia general quickly became the most frequently cited work about Spain’s American colonies. Simultaneously, Gómara was increasingly despised and criticized by Europeans dismayed at Spain’s record of abuse towards indigenous peoples. The Spanish crown banned Gómara’s works in 1553, the same year it issued a decree forbidding the export of all histories of the conquest to the Indies. The Historia general was not published again in Spain until the 1700s.