"Expressions of the Pre-Hispanic Universe"

Anthropologist Ross Hassig has noted that when the Spaniards arrived in Mexico in the 1510s, “Mesoamerica had enjoyed almost three thousand years of high civilization, sophisticated cultural achievements, and a long history that had seen the successive rise and fall of many states and empires.”

Conquistadors found a complex, populous, and literate society in central Mexico. They were astonished to encounter strikingly beautiful indigenous books, both secular and religious. These unique works of art preserved and conveyed information via a system of images and signs that represented both general concepts and analogs to specific words in Nahuatl, the Aztec empire’s lingua franca in the late pre-Hispanic period. The codices looked different from European books of the time period, but they were similarly containers of knowledge. The codices are, writes Margarita de Orellana, one of the “many important and interconnected art forms passed down to us from the cultures that existed before the Spaniards’ arrival.” As such, they are “expressions of the pre-Hispanic universe.” 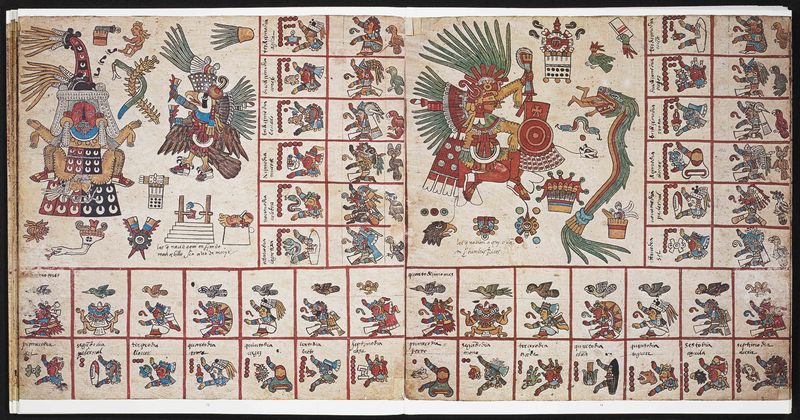 The Codex Borbonicus is a Mesoamerican divinatory book. Common and frequently consulted before the conquest, almost all of these works were destroyed by Spanish friars. The codices articulated the sacred calendar of 260 days, which correlated to important astronomical and human cycles, e.g. pregnancy. This calendrical system measured, marked, and regulated time in days counted in overlapping cycles that also had distinguishable qualities and spiritual meanings. For pre-Conquest Mesoamericans, time connected humans to their fates and the gods, and the sacred calendar was a fundamental essence underlying all being and doing. It ran concurrently with the 365-day civil calendar that marked seasons and agricultural cycles. 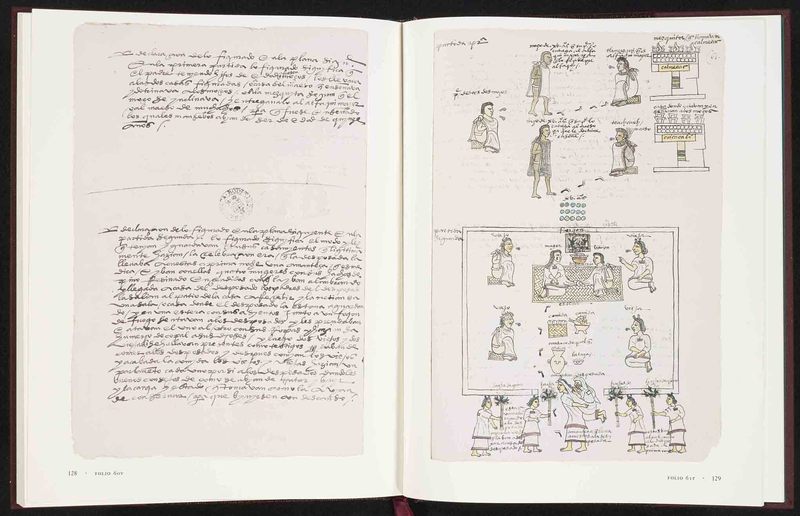 Facsimile (1992) of the Codex Mendoza. Original document at the Bodleian Library, Oxford University.

The Codex Mendoza vividly depicts pre-conquest Mesoamerican life. Part 1 chronicles the history of the Mexica people, specifically each ruler’s reign and conquests. Part 2 lists the tributes paid by towns within the Aztec empire. Part 3 depicts daily life and customs. Parts 1 and 2 were copied from pre-Conquest pictorials, while Part 3 was composed specially for Mendoza’s commission.

Indigenous painter-scribes created the pictorial elements in the Codex under the supervision of missionary priests, who added annotations and explanations in Spanish. A hybrid document, the Codex Mendoza shows the influence of Spanish rule and the persistence of native traditions. 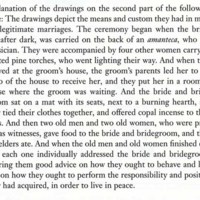 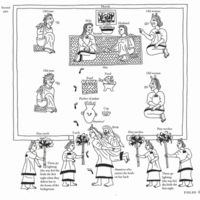 English translations of the two pages of the Codex Mendoza shown above; they depict and describe an Aztec wedding ceremony.

"As Far as This the Ships of Ferdinand, King of Spain, Have Come" →