"As Far as This the Ships of Ferdinand, King of Spain, Have Come"

The West Indies were the portion of the Americas first reached by Christopher Columbus in October 1492. Probably landing first in the Bahamas, Columbus also sailed to Cuba and then to Hispaniola, present-day Haiti and the Dominican Republic. The latter became the most populous of the Spanish-controlled islands. Observers at the time estimated that the indigenous population of Hispaniola was several thousand to several million inhabitants in 1492. By 1518, the native population was under 16,000 people. Scholars estimate that, by 1519, the European population of the Indies was between 4,500 and 5,000, distributed across six or seven islands and areas.

Discovery of the Americas dramatically changed the European worldview. Johann Gutenberg’s invention of the mechanical printing press (1455) ensured the preservation and distribution of this new information. So, too, did the development of woodcut and engraving techniques, used to create maps that illustrated new geographic realities. 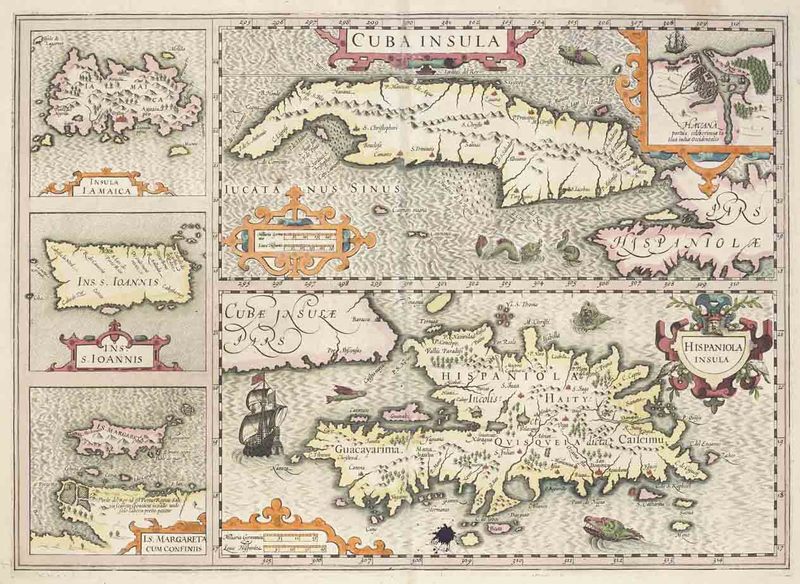 Maps of the islands of Cuba, Hispaniola [Haiti and the Dominican Republic], Jamaica, Puerto Rico, and Saint Margarita by Abraham Ortelius, 1611.

Hispaniola served as a launching point for expeditions to explore the Caribbean and surrounding areas, including Puerto Rico (Ins. S. Ioannis)in 1508, Jamaica in 1509, and Cuba in 1511.

Nineteen-year-old Hernán Cortés (1485-1547) arrived in Hispaniola in 1504. He served as a notary of the town of Azúa for five or six years. In 1511 he accompanied Velázquez in the conquest of Cuba, then settling on the island and serving as Velázquez’s secretary. By 1513 Cortés settled in Santiago, Cuba’s main settlement, where he twice acted as alcade (municipal magistrate). By 1517 he acquired an encomienda (grant of a group of Indians) and gold mines. Cortés sailed from Cuba on February 18, 1519, headed for Mexico. 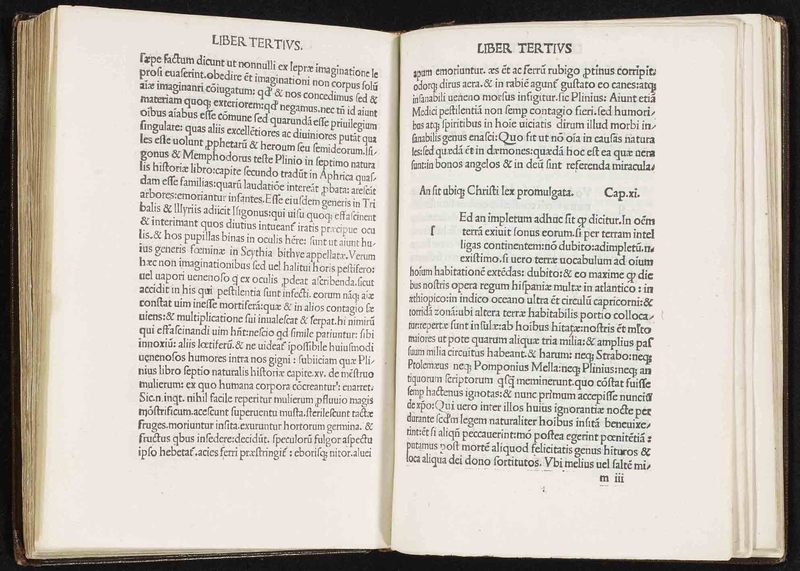 This is a first edition of one of the few books printed in the fifteenth century that mentions the discovery of the Americas.

Battista Spagnoli (Giovanni Baptista Spagnoli Mantuanus, 1448–1516) was an Italian Carmelite monk, poet, and humanist philosopher and theologian. He produced a large and diverse body of influential work that often criticized the corruption of the Catholic Church. About Patience is a treatise that counsels patience and the acceptance of pain as a means of achieving purification, spiritual elevation, and a closer relationship with God. 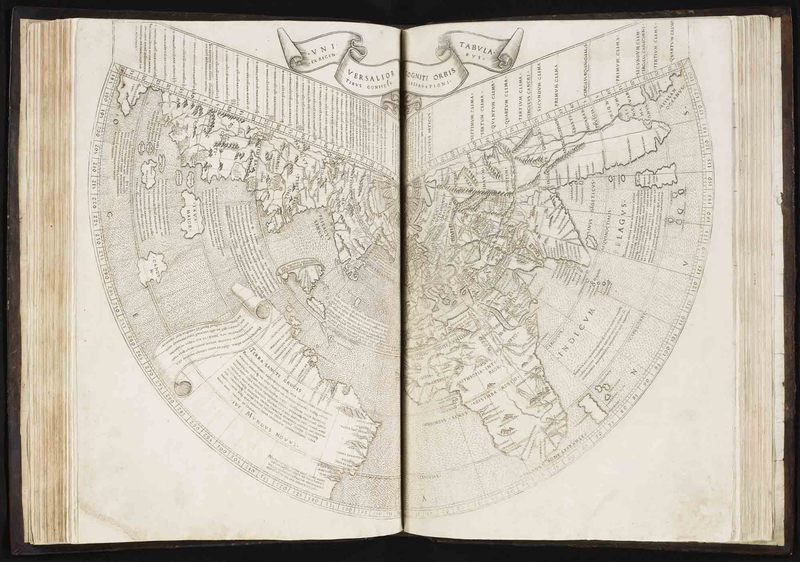 Modern map of the world by Johannes Ruysch. In the Geographia of Claudius Ptolemy, 1508.

Claudius Ptolemy (circa 100–circa 170) was a Greco-Egyptian astronomer, mathematician, and geographer. In his Geography, Ptolemy compiled the geographic knowledge possessed by the Greco-Roman world.

Johannes Ruysch’s map is from an updated edition of Geography. It was one of the earliest printed maps to show the newly-discovered Americas. However, the map includes a mixture of traditional beliefs, new information, and misleading conjecture. For example, Ruysch conflated the Caribbean and South China Sea and believed Japan was Spagnola (Hispaniola), or modern Haiti and the Dominican Republic. The unnamed triangular island northwest of Spagnola is presumed to be Cuba. Its western coast is hidden by a scroll that reads “as far as this the ships of Ferdinand, king of Spain, have come.” Ruysch understood South America (Terra Sancte Crucis sive Mundus Novus,Land of the Holy Cross or the New World) to be a previously unknown continent. A scroll obscures its western extent, unknown at that time.