In 1948, Burnett McKinley, president of the Topeka NAACP, began going before the Topeka Board of Education requesting an end to the city’s practice of establishing separate grade schools for African American children. By 1950, when this effort proved unsuccessful, Mr. McKinley and Topeka NAACP attorneys, Charles Scott, John Scott, and Charles Bledsoe developed a legal strategy to challenge the Kansas law that permitted, but did not require the establishment of racially segregated schools. They persuaded thirteen parents, whose children were students in the city’s four African American schools, to volunteer as plaintiffs for the case and presented the Brown et al. v. The Board of Education of Topeka, et.al before the federal district court in Topeka. Although the federal district court ruled in favor of the defendants, it also found Topeka’s racially segregated schools to be comparably equal, especially in their building facilities and faculty.

This finding fit perfectly in the NAACP-Legal Defense Fund’s decades long court battle to overthrow the 1896 Plessey v. Ferguson U.S. Supreme Court decision that provided legal support for the nation’s laws and practices of racial segregation under the “doctrine of separate but equal.” The NAACP-Legal Defense Fund team sought to show that racial segregation was inherently unequal and violated the 14th amendment’s equal protection clause for the nation’s citizenry. Consequently, Thurgood Marshall, head of the NAACP-Legal Defense Fund, combined the Kansas case with cases from South Carolina, Virginia, Delaware and the District of Columbia. Together these five cases became Brown v. The Board of Education of Topeka. In addition, due to the nation’s interest in winning the Cold War by advancing democracy and freedom around the world, the U.S. State Department and U.S. Justice Department filed friends of the court briefs on behalf of these plaintiffs.

On May 17, 1954, the United States Supreme Court ruled in favor of the plaintiffs. This judicial decision is one of the significant in our nation’s history. The 1954 Oliver Brown et al. v Topeka Board of Education et al. revolutionized the legal framework for the nation’s race relations, sparked the Modern Civil Rights Movement, and inspired struggles for freedom and equality around the world.

McKinley Burnett (1897-1968), President of the Topeka Chapter of the NAACP. For two years, Mr. Burnett lobbied the Topeka school board, convened community meetings, wrote letters and helped recruit litigants for the Topeka case in the 1954 Brown v. Board Supreme Court decision. "[The Supreme Court decision] makes me feel that I'm an American citizen in the true sense of the word. It will enable me to sing 'My Country, 'tis of thee'...without making myself a hypocrite." Topeka Journal, May 17, 1954 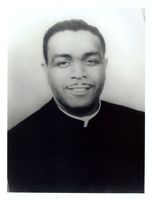 Reverend Oliver L. Brown (1918-1961), named plaintiff in 1954 U.S. Supreme Court decision. "I personally feel that this case has a deep bearing upon the hearts of our teachers. Certainly we must make an effort for them...Secondly, I feel that this decision holds a better future...for every child indicated...Every citizen of the United States needs equal education in order that the society in which we live may be met with intelligence." Topeka Journal, May 17, 1954

Charles Scott was a lead attorney in the local case representing the Kansas plaintiffs in the historic Brown v. Board of Education U.S. Supreme Court decision. Scott attended the Topeka public schools and graduated from Topeka High School. After returning to Kansas from WWII, Scott earned his Bachelor’s of Law degree in 1948 and got his Juris Doctorate in 1970 from Washburn University. After earning his Bachelor's degree, Scott joined his father's law firm; he worked for integration of elementary schools in South Park, Johnson Co., Kansas and for access to Topeka theatres, restaurants, and pools. During the mid-1960s, Scott worked as a voluntary lawyer with the Lawyers Constitutional Defense Committee traveling to Mississippi to aid civil rights workers; he also served as a national legal counsel for the Congress of Racial Equality's (CORE). Beyond practicing law, he also taught part time at both the University of Kansas (1970-1971 in the Political Science Department) and Kansas State University (1971 in the Community and Urban Planning Department). Scott was a longtime member of the NAACP, serving for many years as chair of the Topeka Branch's Legal Redress Committee; he was also founder and chairman of the Coordinating Committee of the Black Community. Scott was an active member of many other organizations, including: Asbury Mt. Olive United Methodist Church, the Elks (Lodge No. 1441), and Kappa Alpha Psi fraternity. 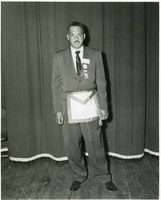 Thurgood Marshall was chief counsel for the NAACP’s Legal Defense Fund and he argued the Brown v. Board of Education case in front of the Supreme Court on behalf of the Kansas plaintiffs. 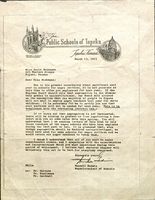 This letter is from the Topeka school Superintendent informing an African American teacher on how her employment would be affected if the Supreme Court decision ruled in favor of desegregating schools. 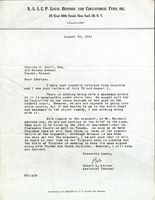 This letter is from Robert L. Carter of the NAACP, who was working with attorney Charles Scott on behalf of the Topeka plaintiffs in the Brown v. Board of Education case. 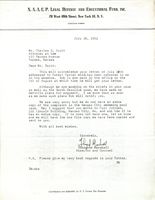 This letter concerns putting together an argument for the Brown v. Board case. 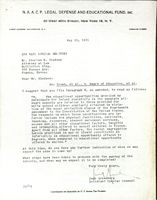 This letter includes revisions on a paragraph for the filings of the case of Brown v. Board. 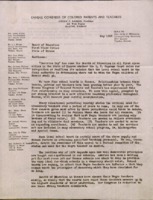 This letter, sent to the Topeka Board of Education members in May of 1953, lists reasons why all teachers are needed and how it is unfair to exclude African American teachers, regardless of the then upcoming Supreme Court decision.