Sumner is a child not of our own volition but rather an offspring of the race antipathy of a bygone period. It was a veritable blessing in disguise—a flower of which we may proudly say, “The bud had a bitter taste, but sweet indeed is the flower."

In 1905, the Kansas State Legislature passed a law exempting Kansas City, KS from the state law prohibiting racially segregated public high schools. Reluctantly, the Governor of Kansas, E. W. Hoch, signed the bill but persuaded the majority of Kansas City, KS voters to construct a new high school building for African Americans built at no less than $40,000 and to be as well-equipped as the existing Kansas City, KS High School. Determined to overcome the inequities of racial segregation, the teachers, students, and community members of Sumner High School strove to develop a tradition of academic excellence. They countered the local school board’s proposals for an emphasis on manual training courses by implementing a curriculum that emphasized college preparatory classes at Sumner. By 1914, Sumner was a member of the prestigious North Central Association of Secondary Schools. Until the 1970s, the majority of African American students attending the University of Kansas were graduates of Sumner High School. Sumner closed in 1978 under a federally mandated plan for racial integration of schools in Kansas City, KS. 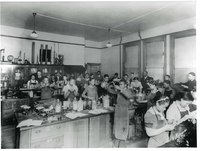 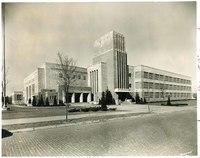 New Sumner Building, opened in 1940. The new building was opened at 8th street and Oakland Avenue. Today this building serves as the Sumner Academy of Arts and Science Magnet School. 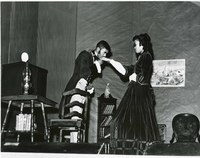 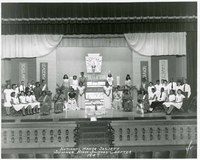