By the beginning of the 20th century, the kind of formal education needed for individual and group advancement
became a focal point of national discussion among African Americans concerning the best way to eliminate white
supremacy beliefs and practices. The nation’s most powerful African American leader, Mr. Booker T. Washington,
advocated for training in vocations or industrial training, while influential scholar and activist, W.E.B. DuBois,
called for an emphasis on creating a leadership comprised of college graduates. In Kansas, African American
communities established two secondary schools, Western University and KVS/Kansas Technical Institute. Although
both of them maintained a curriculum supportive of Mr. Washington’s philosophy of education, they also included
liberal arts classes and programs. 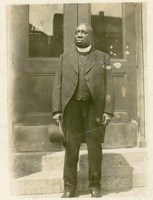 Bishop William T. Vernon (1871-1944). When Bishop William T. Vernon became president of Western in 1896, he rescued the school from its decline by reviving financial support from the Kansas state legislature for its operations, expanding its physical plant and fostering a dramatic increase in enrollment. In 1906, President Theodore Roosevelt appointed him as Registrar of the United States Treasury. 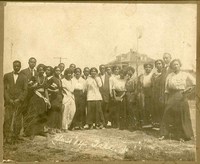 Herman T. Jones (1906-1983). As principal of the Kansas Vocational School from 1939 to 1947, Mr. Jones advanced the school’s ratings and increased its enrollment. Previously, he had served as an instructor, registrar, and dean of Western University from 1932 to 1939. 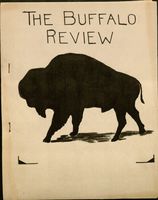 Buffalo Review, November 29, 1933, Topeka, Kansas. Newspaper made by the Junior High school class at Kansas Vocational School in. The buffalo was the school mascot.