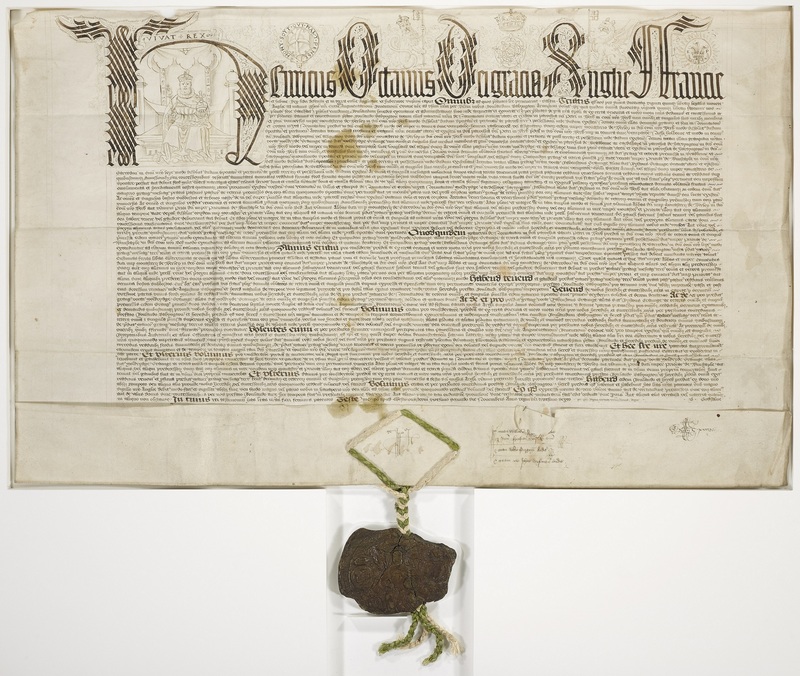 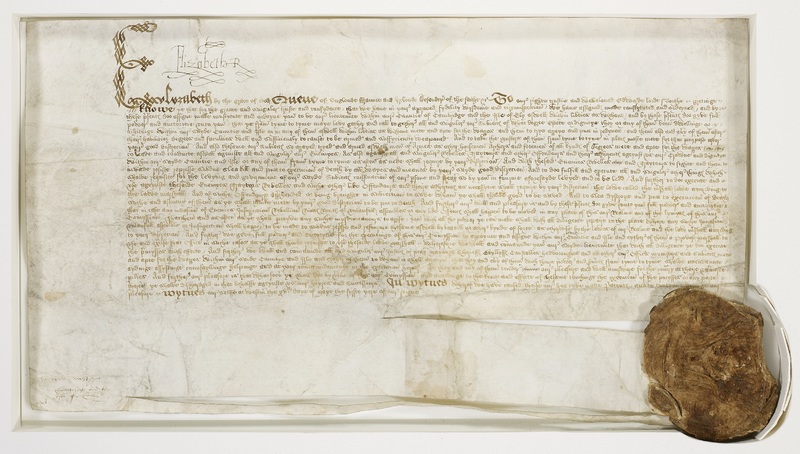 These visually-striking documents illustrate the use of both Latin and English for the conduct of royal matters during the Early Modern period. King Henry VIII’s grant to Roland Babington of the manor of Normanton, dated 22 November 1544, is in Latin. The appointment of Edward North as Lord Lieutenant of Cambridgeshire and the Isle of Ely in May of 1559 by Henry’s daughter, Queen Elizabeth I, is in English. Despite the difference in languages, both items do share a common feature: the presence of repetitive and formulaic language, a staple of bureaucratic and legal documents even to this day.

Reading challenge:
Although this appointment document signed by Queen Elizabeth is in English, the differences between the handwriting and spelling of the Elizabethan age and that of our own can make it difficult for modern eyes to decipher.  How much of it are you able to read?  Click the link for the full-size image and explore!

2.  Elizabeth I.  Appointment of Edward North as Lord Lieutenant of Cambridgeshire and the Isle of Ely.
England, May 1559. On parchment with Great Seal. Call #: MS VLT J36 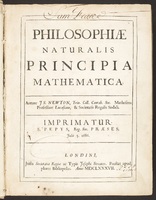 The publishing history of Sir Isaac Newton’s works offers an example of the rise of English. When Newton published Philosophiæ naturalis principia mathematica, his groundbreaking work on mechanics, in 1687, he did so in Latin, the shared language of scientific discourse and scholarly communication for Western Europe.  It was not until 1729—two years after Newton’s death—that an English translation, The Mathematical Principles of Natural Philosophy, appeared.

However, by the time Newton was ready to publish another of his major contributions to science, Opticks, in 1704, he elected to publish it first in English. A Latin edition, Optice, followed in 1706, making it accessible to the scientific community at large. Similarly, when it came time to publish the second edition of Opticks, which contained additions, the volume again appeared first in English (1718) and then in Latin (1719).

By the early twentieth century, German, French, and English were all vying to be the language of science.  English now occupies this role, and it will likely remain the first language of science for some time, but its dominant position is by no means permanent. Change often lies on the linguistic horizon.

4.  Isaac Newton. Opticks: Or, A Treatise of the Reflections, Refractions, Inflections and Colours of Light. The second edition, with additions. London: printed for W. and J. Innys, printers to the Royal Society, 1718. Call #: C2297