The Kansas chapter of the Daughters of the American Revolution (DAR) report to the national society regarding war work completed in Kansas through 1918. This six page report includes detailed information on war work supported by the women of Kansas through the local DAR chapters. Categories include work since the US declared war for the Army, Navy, and aviation; contributions to various organizations; home relief; gifts to France, other countries, and the Red Cross; number of Liberty Loans taken and sold by members; salvage activities; record of daughters in service abroad; listing of War Mothers.

The Kansas DAR reported the following work not covered by any headings in the form: State is supporting a Hostess in Community House at Junction City = $85 per month. Members take turns in assisting hostesses of community houses in Junction City, Manhattan, and Leavenworth. Members assist and also help furnish provisions for canteen services for travelling soldiers. Twenty four chapters organized their counties for Red Cross service, one organized the colored women of their town. Members have taken their husbands’ and sons’ places in schools and stores. Also have gone out and helped farmers’ wives during harvest. 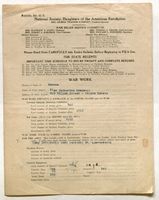 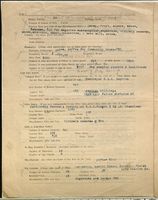 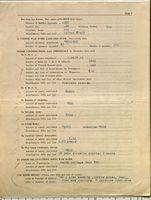 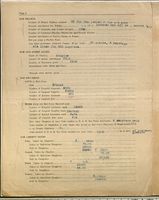 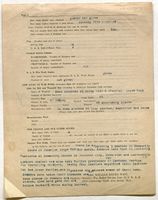 Kansas State Council of Defense, Suggestions for Teachers giving practical instruction to city boys in (a) care and handling of work horses (b) care, adjustment, and use of farm machinery (c) care and handling of dairy cows and milk, by W.M. Jardine, Topeka, 1918. This curriculum was provided to help address the farm labor shortage, faced by Kansas and the nation.  The program targeted city boys between the ages of 16-21.  Those that joined would be part of a U.S. Boys Working Reserve, with each boy providing no less than three weeks service.

Kansas City Times, April 3, 1917. The front page of the Kansas City paper announces the likelihood of the U.S. entering the war with Germany.  The formal declaration of war comes three days later, on April 6. 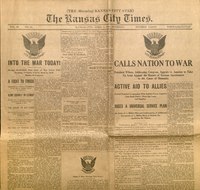 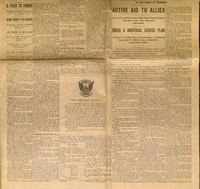 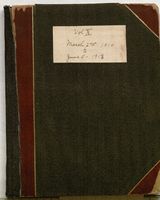 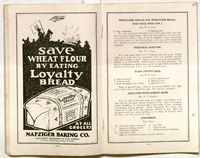 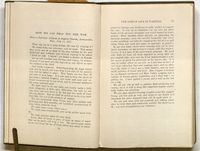 Kansas Casualties in the World War, 1917-1919, Regular Army, National Guard, National Army, Enlisted Reserve Corps, Topeka, Kansas, Adjutant General of Kansas, 1921. List of casualties by name.  In the column for “Cause”  the following abbreviation were used to indicate cause of death:  KA = killed in action, D = died of disease, DW = died of wounds, M = murdered.  ( open to pages 26-27) 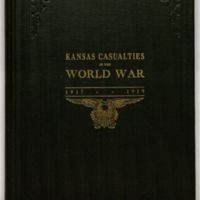 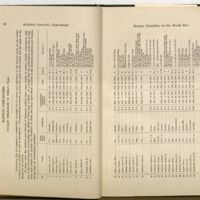 ← Those Who Served
KU Serves →