Track and Field was another original sport under the WAA. In the early years, competition was limited to WAA members and intramurals. Women’s Track and Field became a varsity sport in 1974 under coach Marian Washington. Historically, the team has always had strong showings at the conference level, but 2013 was the program’s best year. That year the team won the conference indoor and outdoor championships, placed second in the NCAA indoor championship, and won the NCAA outdoor championship.  The team has had five members make it to the Olympics, eight indoor and one outdoor individual NCAA national champions, and numerous All-Americans. 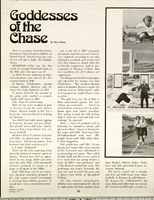 Kansas Alumni Magazine article on the history of women's athletics at KU, Spring 1976.

Lawrence Journal World article regarding five Kansas qualifiers for the AIAW championship, May 25, 1978. 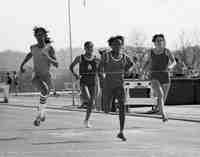 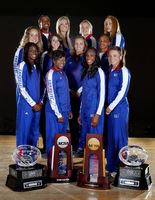 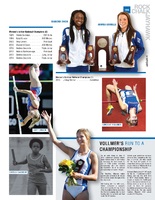 Page from the 2016 media guide listing the NCAA National Champions.