The Afro House, located at 10th and Rhode Island, was sponsored by KU’s Black Student Union (BSU) and supported in part from funding by KU’s Student Senate. The reasoning behind it was deeply rooted in the Black Power Movement’s emphasis on increasing awareness of Black culture, history, and various forms of artistic expression. Afro House officially opened on June 26, 1970, and offered classes and activities to anyone in the Black Community at no charge. There was a breakfast program, Big Brothers and Big Sisters program, and a Liberation School. Classes were offered on Black history, inventors, and political thought; the arts; and language expression. A University and Black Student Recruitment program was established to promote the skills gained by the acquisition of a university education in order to strengthen the Black community. 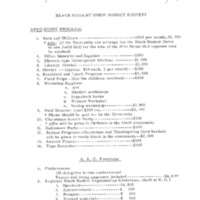 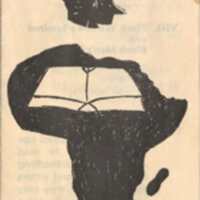 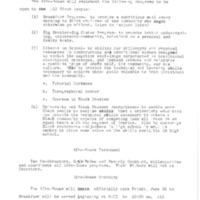 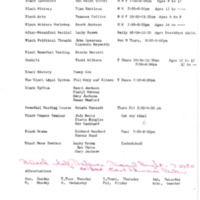 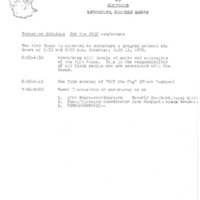 Several members of the University’s Black faculty and staff taught classes at Afro House, as the newly enhanced KU Black Studies degree program was based there. This had been one of the demands BSU presented to Chancellor Chalmers in February 1970. BSU members had a role in the hiring of the graduate teaching assistant for the program for the month of July. This was an important win for BSU and KU students as it was a positive step towards addressing a gap in the curriculum.

The Department of African Studies was officially approved and organized on August 25, 1970 within the College of Liberal Arts and Sciences. The objective of the Department was to pursue the systematic study of African civilizations – Africa and the New World. Unlike the Black Studies Program, it was based on campus. In accordance with another BSU demand, student participation on departmental committees was set at 20%. BSU also played a role in defining the program’s structure. The fact that a minor in African Studies could be pursued by preservice students in the School of Education was seen as particularly significant. It offered the opportunity for them to gain an understanding of the contributions of Blacks to America, and they could learn content in an emerging subject area in public schools. 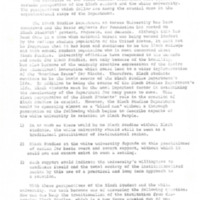 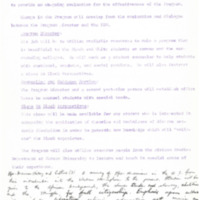 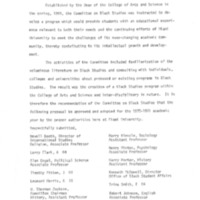 Report of the Committee on Black Studies, ca.1970. 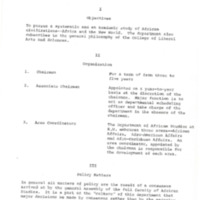 Objectives of the Department of African Studies, approved August 25, 1970. 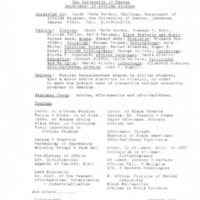