On April 20, 1970 KU students joined 20 million Americans across the country to celebrate the first Earth Day. It was the start of the environmental movement, and KU hosted an impressive array of “Earth Week” panels, lectures, and activities. Paul Ehrlich - noted environmentalist who had earned graduate degrees at KU – spoke, an environmental teach-in was held throughout the week, and  the Ecology Action club held a canoe float down the Kansas River to survey the ever present water pollution.

KU’s part in the environmental movement did not stop with a week’s worth of events.  Air and water pollution became central foci of research studies conducted at KU, the Environmental Studies program was created in 1971, multiple environmental activism groups were formed on campus, and KU students took the lead in both the University and Lawrence communities when it came to organized environmental efforts. A University Daily Kansas article discusses how KU students began and Environmental Center whose purpose was to “coordinate local agencies in Lawrence concerned with environmental protection and equality” and hoped to “combine the professional expertise at the University with the activities and information of community organizations.”

The most well documented example of KU students’ environmental activist is the Whomper. Named for the sound it made when crushing cans and bottles, the Whomper was the centerpiece of the University’s Reclamation Center. A non profit entity that recycled aluminum, tin cans, glass, bottles, and newspapers for the entire Lawrence community, it was started by a group of KU students  January 1971. According to the Fall 1972 Jayhawker,

“In the fall of 1970, Steve Emerson, then a Topeka junior, introduced a bill to the Student Senate which, if it had been accepted, would have banned all vending machines from

campus. From this humble beginning the University of  Kansas “Whomper” was born.

The Reclamation Center was the brainchild of the Coca Cola Company and the Union vending service. Because the banning of vending machines would have meant

tremendous losses of revenue to both companies and because both were environmentally concerned, they agreed to finance the project. The Coca Cola Company agreed to

loan the machine to KU indefinitely, and the vending service financed the installation of the Whomper in Memorial Stadium…Both companies continue to provide support for the

All funding for operations comes from outside the University with the exception of Student Senate support for pick-up service and for a reclamation director.”

According to an article in the University Daily Kansan on September 16, 1971, students and others could “bring glass and cans to the Reclamation Center from 12 p.m. to 6 p.m. on Thursdays and Sundays when the [Whomper] is actually in operation, but there is a chute at Gate 22 at the north end of the stadium for material to be deposited at any time.”

The Reclamation Center was plagued by debts and faced several challenges through its six year history. It moved out Memorial Stadium in 1972 and in 1973 it lost Student Senate funding. A nonprofit organization called Whomper Inc. continued the recycling program at various locations in Lawrence before it closed in late 1976. Still, at a time when there were no other recycling options, KU student leaders had provided Lawrence with its first organized recycling efforts. 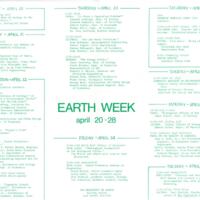 Flyer of events from Earth Week 1970 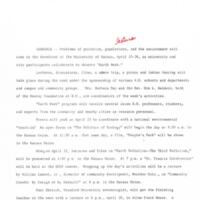 News release announcing the celebebration of and programing for Earth Week 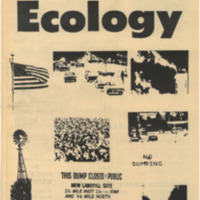 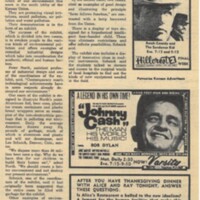 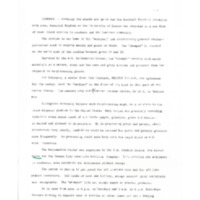 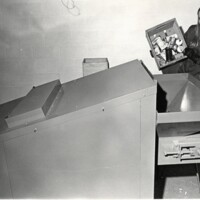 A volunteer "feeds" cans and bottles into the Whomper 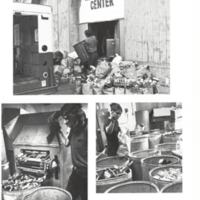 Photos of the Whomper from the 1972 Jayhawker annual 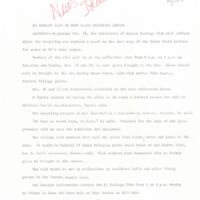