It seems appropriate to borrow this title from Mark Kurlansky’s book 1968, The Year that Rocked the World.  1970 was a turning point on many levels at the University of Kansas as it was for many other colleges and universities in America. Indeed, KU was called “Berkeley on the Kaw,” and was one of the country’s leading universities in student activism in the 1960s and early 1970s.  Lawrence also became known especially during this time as a good stopping place for “hippies” and others traveling across the country.

At KU student protests had been increasing in frequency since March of 1965 when several hundred students staged a sit-in in the Strong Hall office of Chancellor Clark Wescoe.  At that time the KU Civil Rights Council presented a list of demands that included the elimination of racial discrimination in student housing at KU, student teacher placements, and University Daily Kansan ads.

The peace movement, new Black student activism, women’s rights demands, gay rights advocacy,  campus wide student demands to end in loco parentis (parental oversight by the university) and greater  representation in university governance were campus social movements growing in strength and determination over the next five years. In 1970 the newly formed Student Senate flexed its power by taking control of all student fees and passing a Code of Student Rights, Responsibilities, and Conduct.

The Memorial Union burned on April 20 igniting a three day state of emergency declaration by the Governor. After the war in Vietnam escalated and the killing of protestors at Kent State University, students threatened a strike that promised to close the university with only eighteen days left in the semester.  This was averted by the acceptance of proposed alternatives by students and faculty at a university-wide convocation held on May 8th, known as the Day of Alternatives. These campus events during the spring were so chaotic that a rumor control center was started to more accurately communicate what was happening on campus.

The deaths of former students, Rick “Tiger” Dowdell on July 16 and Nicholas Harry “Nick” Rice on July 20, raised the level of violence in the city causing another state of emergency to be declared.

On July 21st the day after the Nick Rice shooting, the newly formed University Information Center received 128 calls between midnight and noon.  By fall semester the usefulness of the call-in center was clear.  Shirley Gilham was appointed as the Center’s full-time director with a staff of 8 students.  Disruptions on campus and in Lawrence persisted and on Dec. 8, the call center reported receiving nearly 600 calls. Thus began what is fifty years later known as KU Info, a campus resource that can be reached by phone or text for information.

The Free University movement which had started on the coasts with the goal of establishing an optional supplement to the American higher education system arrived at KU in 1967 but didn’t really gain momentum until 1969.  On May 11, 1970 there were 17 Free University workshops organized by the KUCC (the KU Coordinating Committee) being offered to students as part of the Day of Alternatives agreement.

The fall semester was much quieter than the spring semester had been although there were still rallies and marches. The Lawrence Gay Liberation Front and the Women’s Coalition continued to meet and plan strategies for action.  On Dec. 11 a bomb was set-off in Summerfield Hall in the area that housed the Computation Center.  Three students were slightly injured and no one has ever been charged. The Afro-House, a Black Cultural Center the Black Student Union established off campus, became a target of white anti-Black shootings.

Of course not every student at KU spent all their time at protest rallies.  The majority of students went to class, studied, attended football and basketball games and partied as most students do. But in 1970, few students were unaffected by the student activism on campus and national and international conflicts. The year 1970 will always represent a time in history that symbolizes change both in our community and nationally. 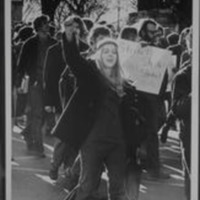 Students called for strike after the denial of tenure for Laurence Velvel and Fred Litto, April 8 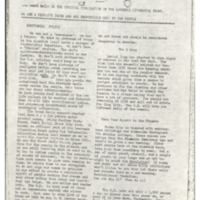 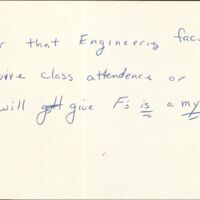 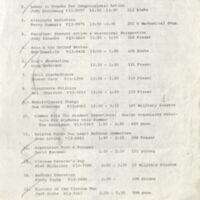 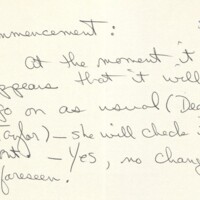 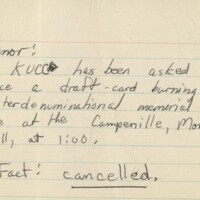 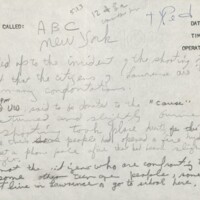 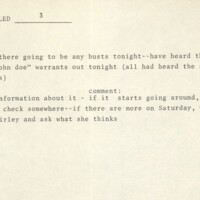 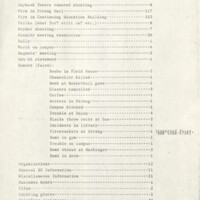 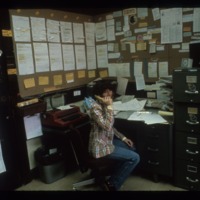 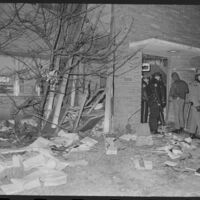 The outside damage to Summerfield Hall after a bomb exploded on Dec. 11 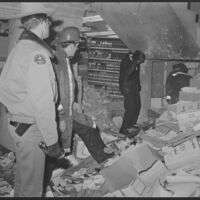 An investigative team views the damage to the Computation Center in Summerfield Hall on Dec. 12 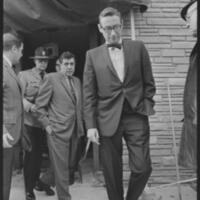