Rick “Tiger” Dowdell was a Lawrence High School graduate who was involved in the efforts there to bring about changes to meet the needs of Black students.  He attended KU from fall 1969 until March 1970 and was a member of Black Student Union (BSU). After withdrawing from KU Dowdell remained actively involved in community efforts to improve conditions for Blacks in Lawrence and was a known presence at the BSU Afro House.

On the evening of July 16, 1970, 19-year old Dowdell was shot and killed by a Lawrence Police officer shortly after leaving the Afro House. The exact circumstances surrounding Rick Dowdell’s death remain disputed due to conflicting statements and reports regarding evidence as well as conflicting eye witness accounts. The Coroner’s inquest found Dowdell’s death to be non-felonious. 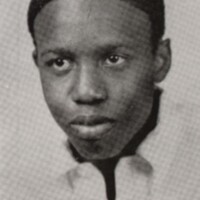 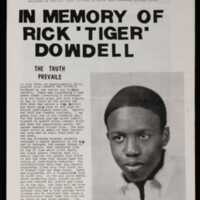 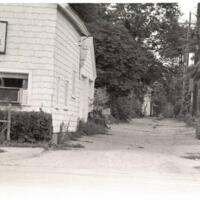 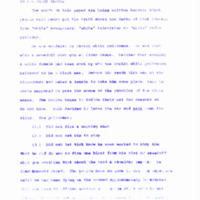 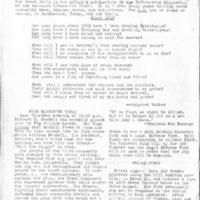 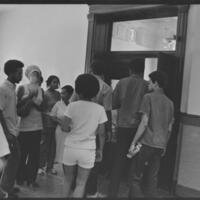 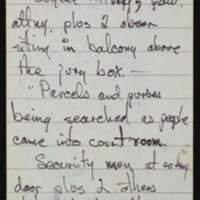 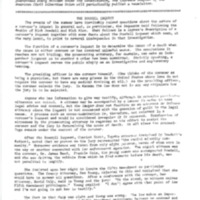 Immediately after Dowdell’s death, tensions and violence in Lawrence increased. The Afro House was fired upon later that night, and former student Nick Rice, 18, was killed just a few nights later on July 20. Lawrence was once again placed under a state of emergency and curfew.

Rick Dowdell’s funeral was held on July 23 and was proceeded by a large procession through downtown Lawrence. Even as calm returned to the city, the demand for justice for Rick Dowdell remained strong. At a December 7 BSU rally on the steps of Strong Hall, protesters held signs in remembrance of Dowdell and called for the Lawrence Police officer who shot him to be charged with his death. 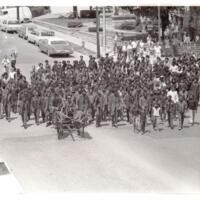 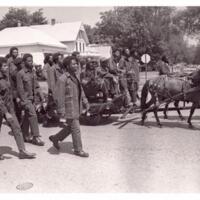 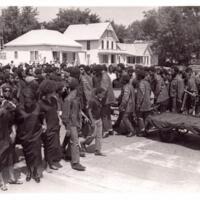 Rick Dowdell's coffin being removed from the funeral carriage, July 23, 1970. 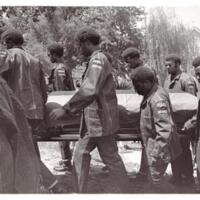 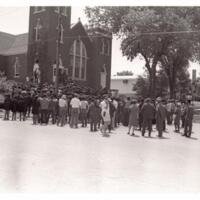 Mourners standing outside the church during the Dowdell funeral, July 23, 1970. 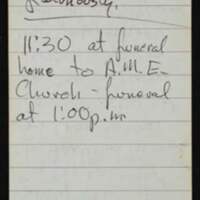 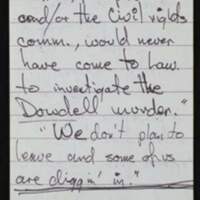 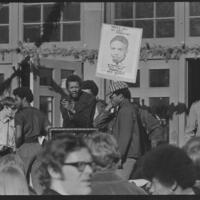 Black Student Union president addressing the crowd at a rally in front of Strong Hall during the BSU strike week held in part to advocate for justice for Rick "Tiger" Dowdell, December 7, 1970. 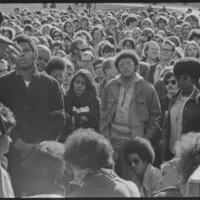 Students at the Black Student Union rally in front of Strong Hall held in part to advocate for justice for Rick "Tiger" Dowdell, December 7, 1970. 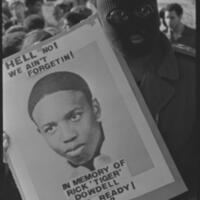 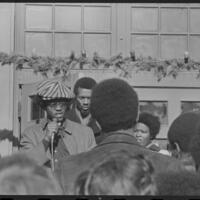 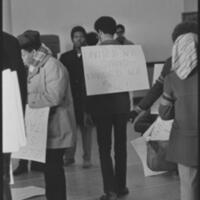 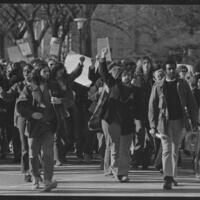 Protesters marching down Jayhawk Boulevard during the BSU strike week held in part to advocate for justice for Rick "Tiger" Dowdell, December 6-12, 1970. 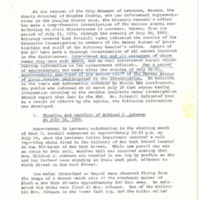